(and other skills I learned as a superspy) 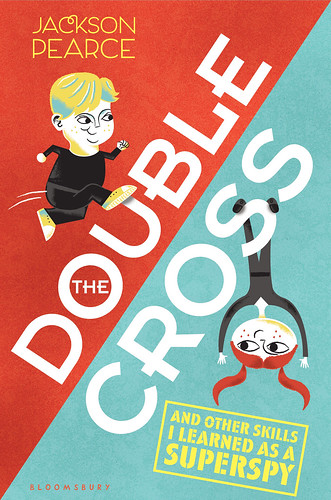 Everyone in Hale’s family is a spy, going way back. His great grandfather. His grandmother. Both his parents. They’ve all worked for the Sub Rosa Society, an elite, top secret organization—so top secret that new agents aren’t recruited; they’re born.

Unfortunately for twelve-year-old Hale, he was born (as his mother puts it) “big-boned”– or (as his SRS classmates put it) “fat”. Despite the fact that Hale can defuse an explosive, don a disguise in seconds, and speak eleven languages, he’s often overlooked by his SRS classmates because he’s not so great at running, fighting, or back-handspringing over a laser grid.

But one day, Hale’s parents are kidnapped by a rival spy organization, and it turns out Hale– with some help from his little sister, Kennedy– might be the only one who can save the day. The trouble is, when you’re surrounded by spies, who can you trust?

Hale is a quick-thinking and daring underdog, with an impressive arsenal of skills and spy tricks. The book ends on a satisfying note but leaves plenty of room for future sequels. Fast-paced, funny, and full of unexpected plot twists, this spy novel will easily appeal to middle grade adventure fans. (School Library Journal)

Exciting missions, cool gadgets, and plenty of intrigue make this a fun read from the get-go. The icing on the cake is Hale, whose self-deprecating manner, kind heart, and intelligence will steal hearts as well as the show. International espionage plus wacky high jinks equals plot-twisting fun. (Kirkus Reviews)

Another story in the SUPERSPY series is coming! Look for it July 2016! 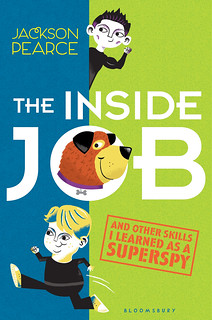