Technically, this should probably have gone in the non-fiction category, I think? This is a book I never would have picked up on my own– but it was the choice for a book club I’m a part of, so I somewhat reluctantly started reading. It’s a story about a girl who, after the death of her mother and some risky self-destructive behavior, decides to hike the Pacific Crest Trail with little to no hiking experience. So, basically: It’s about a person I’ve never met, whose life I have little in common with, doing something I would never in a million years want to do (I don’t even CAMP, people). But I absolutely adored this book. I found it mesmerizing and beautiful and haunting, and it’s one of the few books I’ve openly cried at. The movie is pretty awful (bless you though, Reese Witherspoon), so don’t bother– but guys, give this book a shot. It’s got so much heart that almost a full year after I picked it up, I can still remember quote (and get shivers from) many of the lines.

Is Everyone Hanging Out Without Me? – Mindy Kaling

This is sort of a weird book for me to be into, because I know nothing about Mindy Kaling. I don’t watch The Mindy Show, I don’t…actually, I have no idea what she’s even done other than the Mindy show. But I listened to this audio book because I needed something short and sweet for a car ride, and this book did the trick. It’s fun, it’s funny, it’s cute, and it’s a nice break if you’re looking for something of a light-hearted palette cleanse.

I listened to this book (and you MUST listen to it, because she sings at the beginning of every chapter and it’s lovely) mostly as research on a WIP I’ve got going right now. I like Sara Bareilles as much as the next person, but I’m not a megafan who would normally buy this. I’m so glad I did! She discusses songwriting, self-image, her own life, her creative life…it is really lovely and well-done and makes me want to buy all her albums and braid her hair. She has some really poignant stuff to say about creating and being a creator in industries that judge the artist as much as the art, and some funny, delightful family stories to tie it all together.


(Books below are copied over from my Top Non-Fic post because apparently I barely know the difference between non-fic and memoir?)

Smoke Gets In Your Eyes – Caitlin Doughty

I truly cannot express how much I loved this book. The author does a really amazing web series called Ask A Mortician; she has a wonderful voice (as you’ll see if you follow that link) and does a phenomenal job with her audio book. I have always been interested in death in way that often feels very different than my peers; I’m not into coffin couches or skull ornaments or making a laugh out of it (which is totally fine, for what it’s worth)– death is something that intrigues me in a very serious and somber way, specifically how personally we all handle the idea of it as well as how we approach the very personal act of mourning. Doughty does a truly wonderful job of telling funny, weird stories about life as a crematory operator– but she’s always respectful. She seems to take a great deal of pride in her job, and recognizes the importance of her role despite how many bodies and families and deaths and funerals she’s seen over the years.
Additionally, she sheds light on some fascinating funeral traditions, and has some eye-opening thoughts on America’s death practices, specifically embalming. I really enjoyed hearing her discuss the cultural, personal, and communal value of certain death traditions, even those that may seem a little bizarre to our ears (one specific story about cannibalism was really interesting). This is one of those books that I am going to be recommending for years and years– it has real staying power. 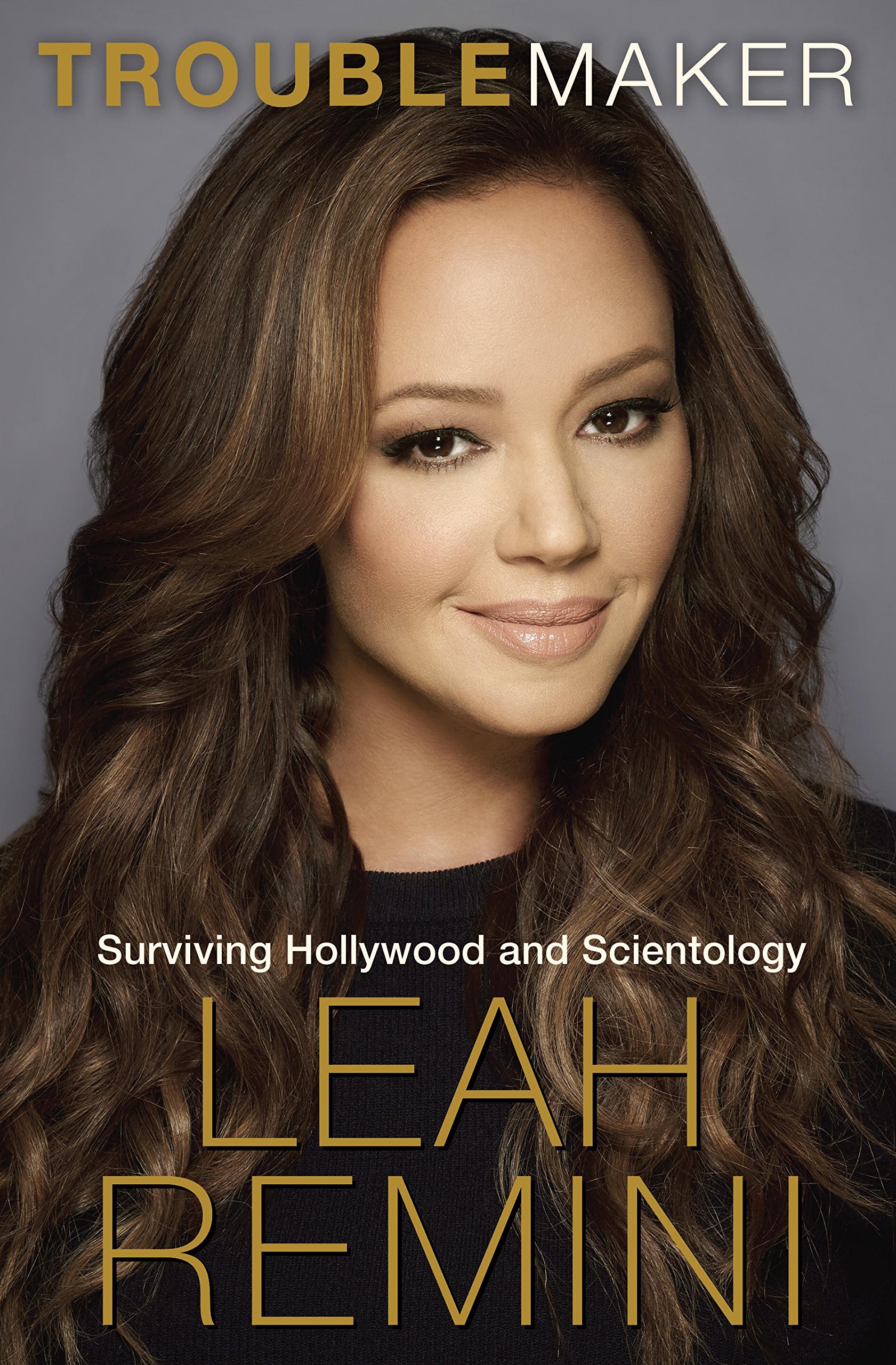 So, my very awesome friend/author/derby girl Lauren Morrill told me I needed to listen to this book. And I was sort of like…meh? I mean, I never watched King of Queens? I only know Leah Remini as Stacey Carosi from those weird beach episodes of Saved By The Bell? And then Lauren said “It’s ALL ABOUT Scientology” and I was like “SIGN ME UP.” This book is total candy, but in the best, most delightful way. Do the audiobook if you can– Leah reads it and it’s like she’s in your car with you, explaining how messed up Scientology is and rolling her eyes and yelling curse words at anyone who dares cut you off in traffic. It is a fun read/listen about a crazypants religion, and I loved it and you should listen to it and then we can talk about all the Tom Cruise Wedding stuff because O.o.